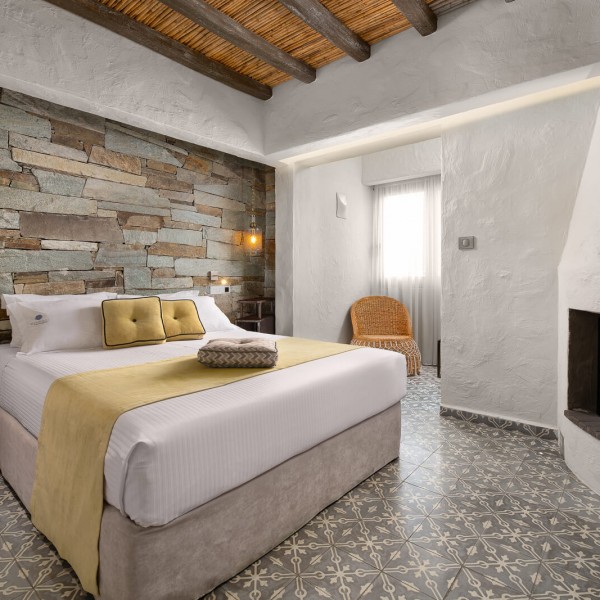 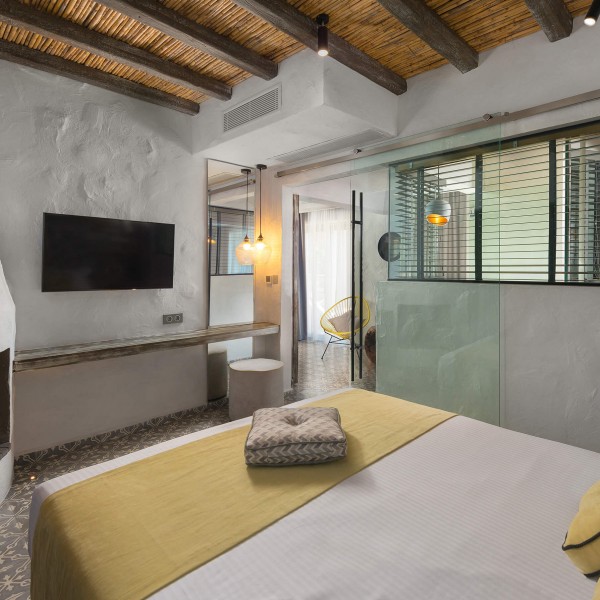 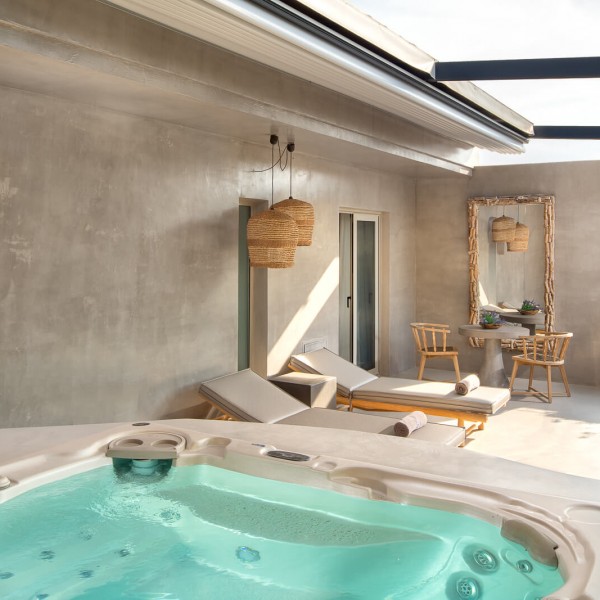 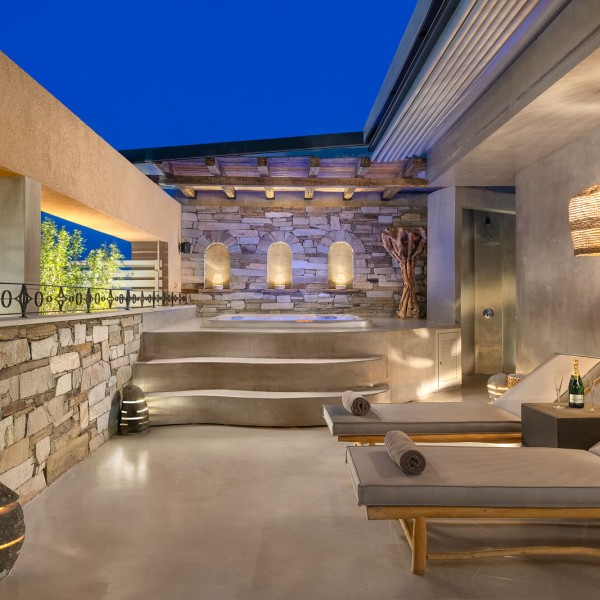 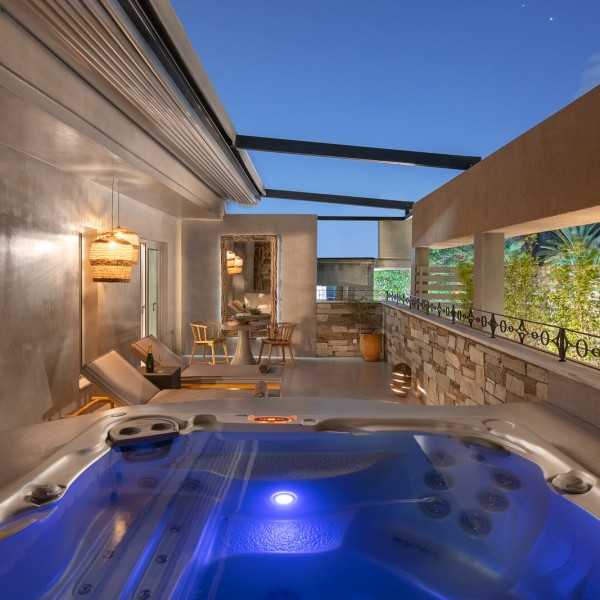 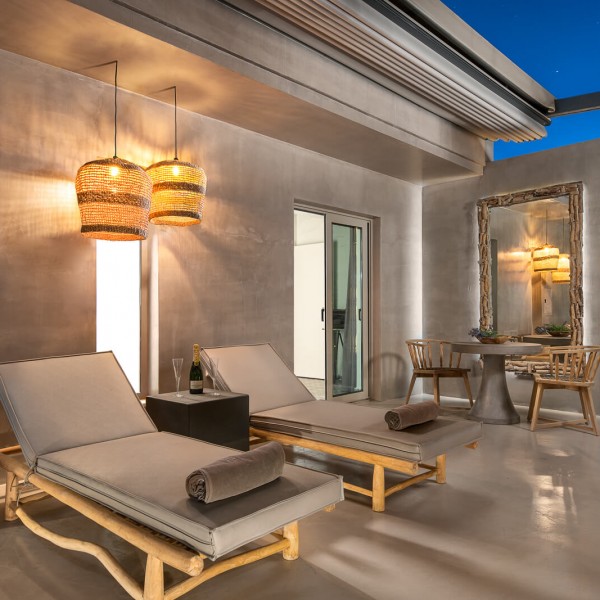 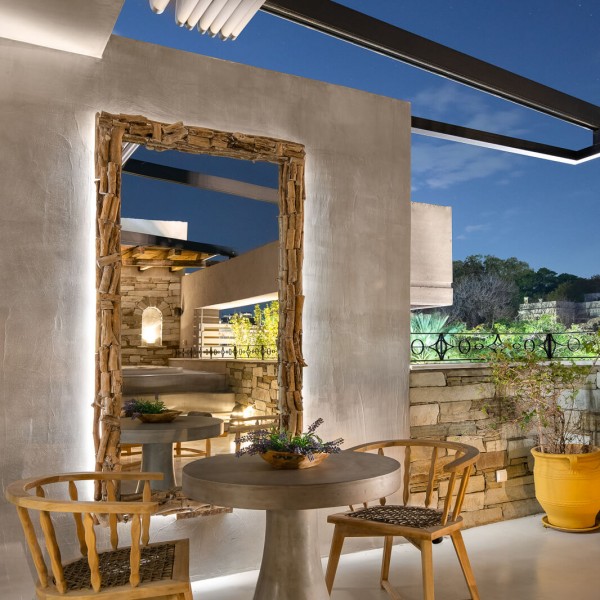 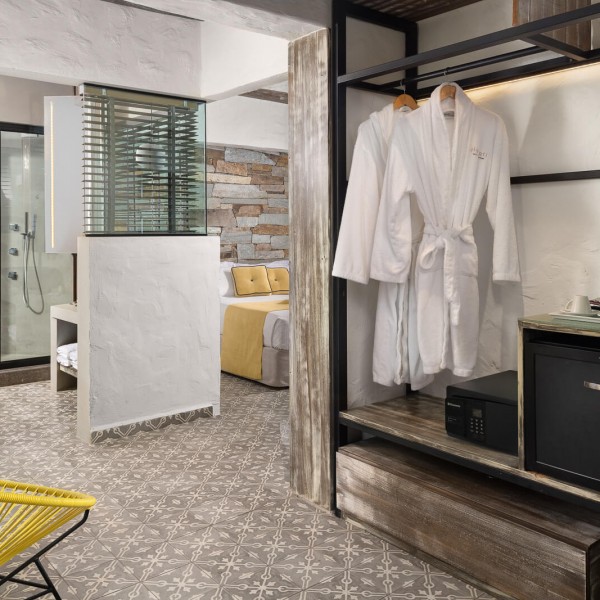 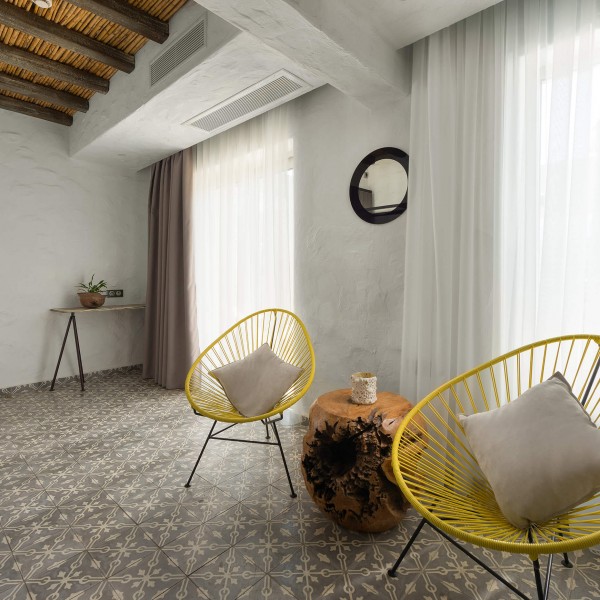 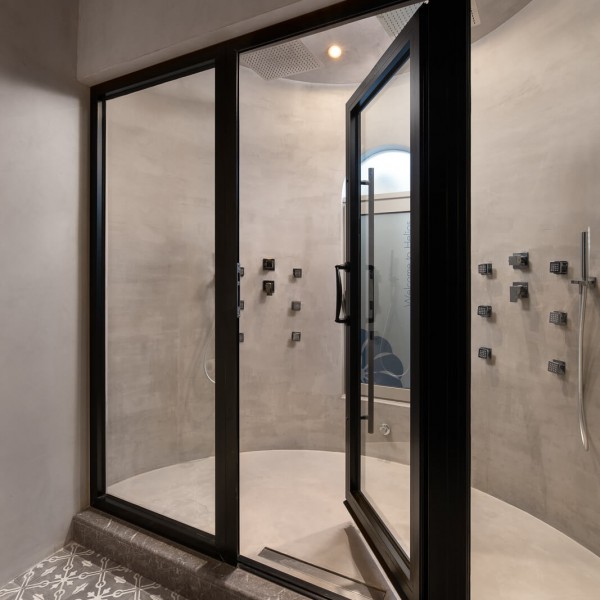 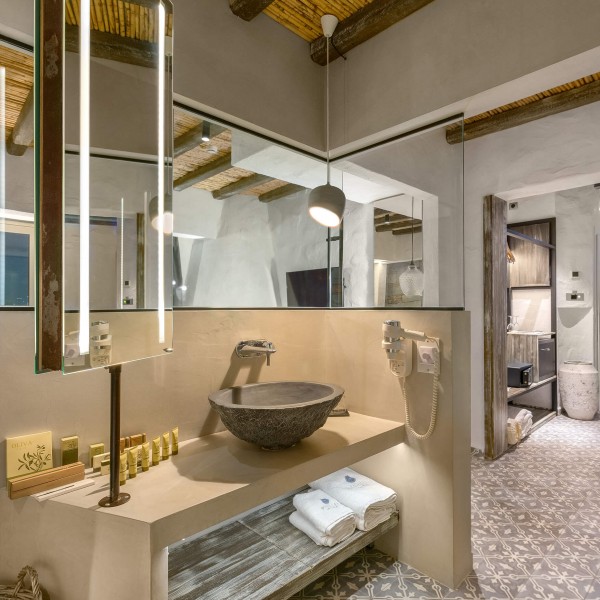 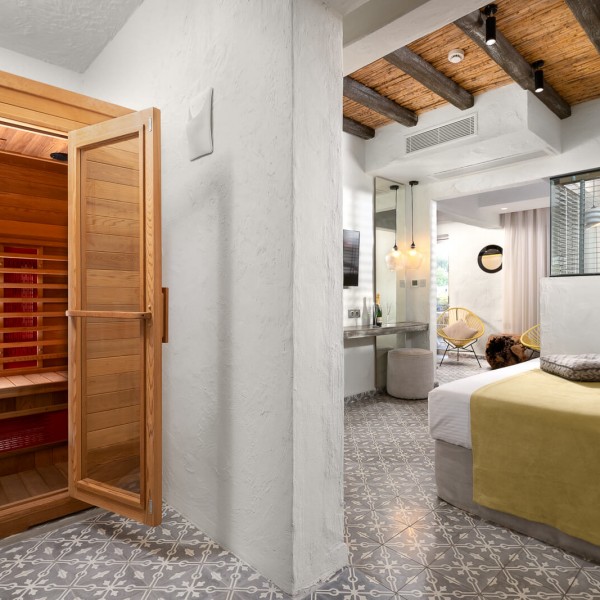 Rhodes is known as the Island of the Sun from ancient times. According to mythology Zeus the King of Gods, after his victory against the Giants decided to divide the worlds among the Gods. God Helios was absent at the time and no one included him in the share. When he returned he complained and made Zeus promise him the next land that would emerge from the sea as he had seen with his eyes beneath the water a land growing blessed with rich nourishment.

When the island sprung out of the Aegean Sea, God Helios shined  it with his light making it the brightest of the Mediterranean. Legend says that God Helios fell in love with Rhode, a sea nymph and gave her name to the island Rhodes. As God Helios was very important to the Rhodians they built the Colossus of Rhodes, one of the Seven Wonders of the Ancient World to honor him.

The room Helios couldn’t be located anywhere else but on the top floor of Elakati Luxury Boutique Hotel, where the sun shines in bright. It is the hotel’s penthouse suite and consists of a bedroom, a sitting area, a bathroom with a hydro massage shower cabin with two shower-heads and a hammam, a balcony with a private outdoor hot tub with 30 water jets and an infrared sauna. In order to provide our penthouse guests more privacy, the elevator has access to all floors except for the top floor, offering peace and tranquility.

A brilliant light filled room decorated in youthful and harmonious tones creating a joyful ambiance making it the perfect place to rise and shine.

As safety and well-being of our guests and employees are our top priority we have implemented various measures to ensure your safety throughout your stay, therefore there may be some changes in our service: